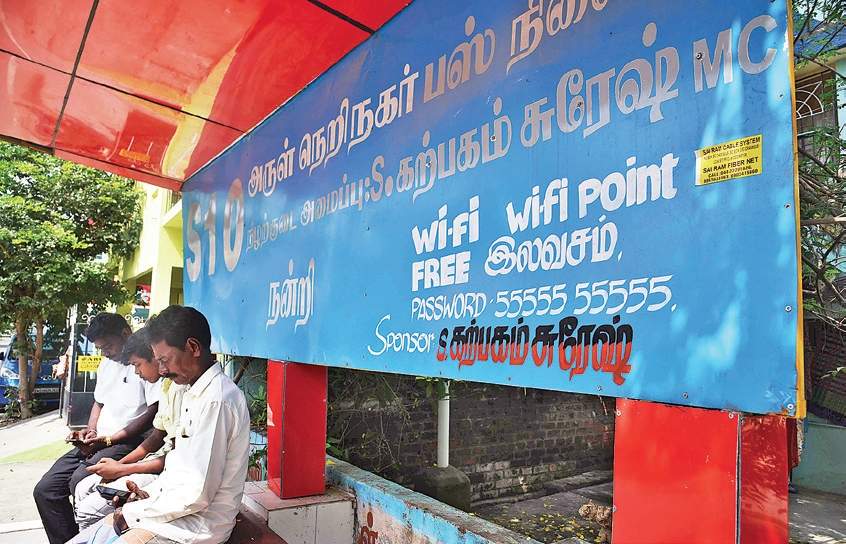 One of the first things someone will notice while they walk into ward 5 of Sembakkam Municipality is the closed circuit television cameras , smiling at them. The area was earlier prone to petty offences and property crimes like chain-snatching and house break-ins.

“We were under tremendous pressure to put an end to this. Residents began to become increasingly afraid. That was when many residents’ welfare associations on the city suburbs and the city police started installing CCTV cameras at important locations. We thought of installing it all over the ward,” Karpagam Suresh, a former councillor of ward 5 told The New Indian Express.

As a fix to this compelling issue, the former councillor installed CCTV cameras at 20 locations in the ward. The initiative has received the complete support of residents and the server that the CCTV cameras are linked to is housed in one of the residents houses.

The ward also has Wi-Fi enabled bus stops. The ward is connected to Madambakkam and Chromepet through small buses. Since the wait time for these buses could be more, shelters were built across the small bus stops in the ward with Wi-Fi enabled. The username and password of the Wi-Fi connection is displayed in the shelters and is made available to residents free of cost.

Residents are giving credit to their former councillor, Karpagam Suresh, for these facilities in the ward. The ward has been functioning without a councillor for over an year due to delayed elections. But this has not stopped the administrator from doing her bit to provide these amenities to the residents of ward 5.