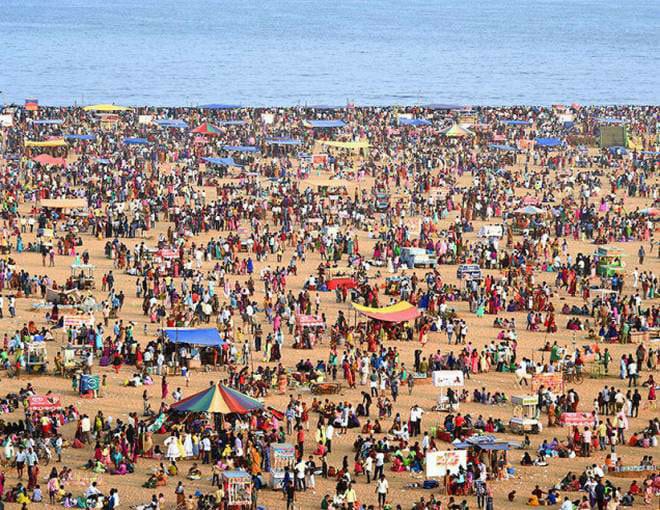 On the day of Kaanum Pongal, thousands of people thronged Marina and other tourist attractions in Chennai. As per Tamil Nadu government records, Aringnar Anna Zoological Park recorded 56,000 visitors on Tuesday.

As thousands flocked to Marina, cops deployed drones for effective traffic managament. Designated parking lots were also set up in and around Marina, in view of Kaanum Pongal.

Reports also say that around 51 children who attended the Kaanum Pongal festivities on the beaches, with family, went missing. They were all later rescued and united with family.