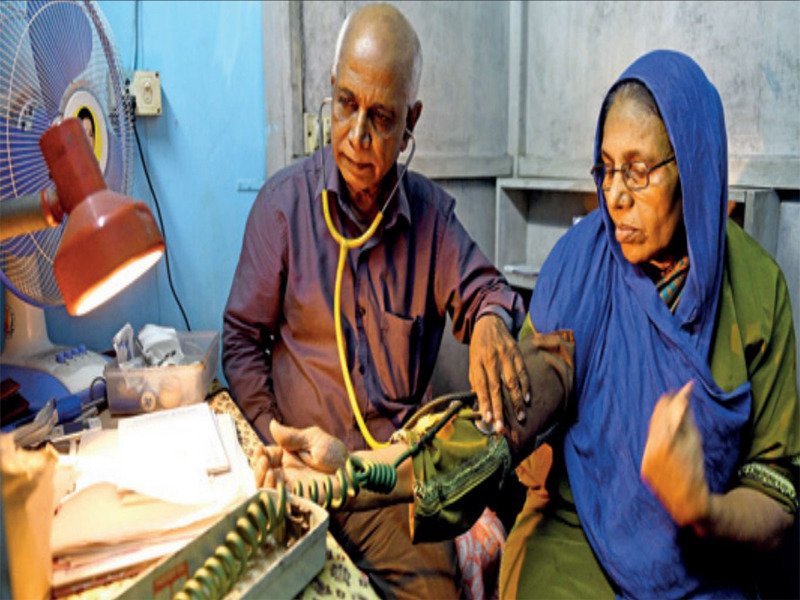 We have all loved the ‘5 Rupees’ doctor Vijay played onscreen. Now, meet the ‘2 Rupees’ doctor who has been serving patients for a meager fee of Rs.2 for over four decades, here, in our very own Chennai.

Dr.Thiruvengadam Veeraraghavan,from North Chennai, is this 67 year old real life superhero. Mr.Thiruvengadam completed his MBBS in Stanley Medical College and has been serving the poor and underprivileged in Vyasarpadi, North Chennai since 1973 for a consultation fee of Rs.2. In an interview with Times of India, the doctor had stated that he did his studies free of cost due to the policies of then Chief Minister, K Kamaraj and this made him resolve not to charge his patients.

The 2 rupees doctor had faced opposition from fellow doctors who demanded him to charge at least Rs.100 as consultation fee. This incident only made him more resolved and he stopped accepting fee from his patients altogether. Dr, Thiruvengadam advised his patients to pay him whatever they could; be it in the form of small sum of money or eatables or nothing at all. The doctor’s steady income came from his position as an Associate Fellow in Industrial Health and thereby getting to engage in screening job aspirants for a corporate hospital.

The doctor still nurses the dream of building a hospital for slum dwellers of Vyasarpadi. He is available at his clinic attending to patients in Erukancherry from 8 pm to 10 pm and after that near Ashok Pillar in Vyasarpadi between 10 pm and midnight. His working hours sometimes stretches even after midnight.

Dr.Thiruvengadam has two kids, both doctors, and he wishes to work with them to fulfill his dream of building a hospital in Vyasarpadi and serve the poor and needy.