Chennai Super Kings still remain one of the most followed teams in social media and their social media team made sure the team stayed relevant the past two years. From posting regular throwbacks to keeping up the hopes of a new summer in the vicinity, they made us feel our beloved team was still around.

So, when CSK is all set to make a grand come-back, their lucky Mascot Leo took to twitter and answered some interesting questions from the #WhistlePoduArmy in his own inimitable style. Here’re some instances.

Someone asked Leo how he felt about RCB and Leo extended his take on Bangalore things even beyond RCB.

Leo even shared selfie of himself with Dhoni for the fans.

For all those Super Fans asking a photo of me! 🦁 https://t.co/KLLuOv1Clg

Here’s a CSK joke Leo shared with the twitteratti :

Addressing the concern over the empty stands in Chepauk, here’s what Leo had to say:

Leo shared something very personal with the fans

Leo also had to fence off some possible suitors on Twitter

All in all, Leo was at his wittiest best and this tweet is proof. 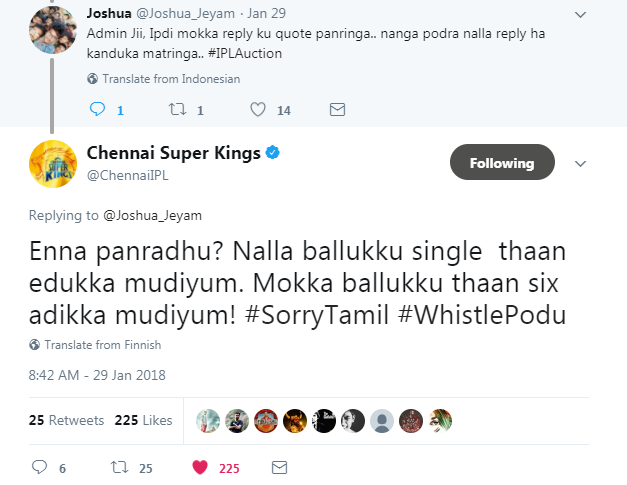