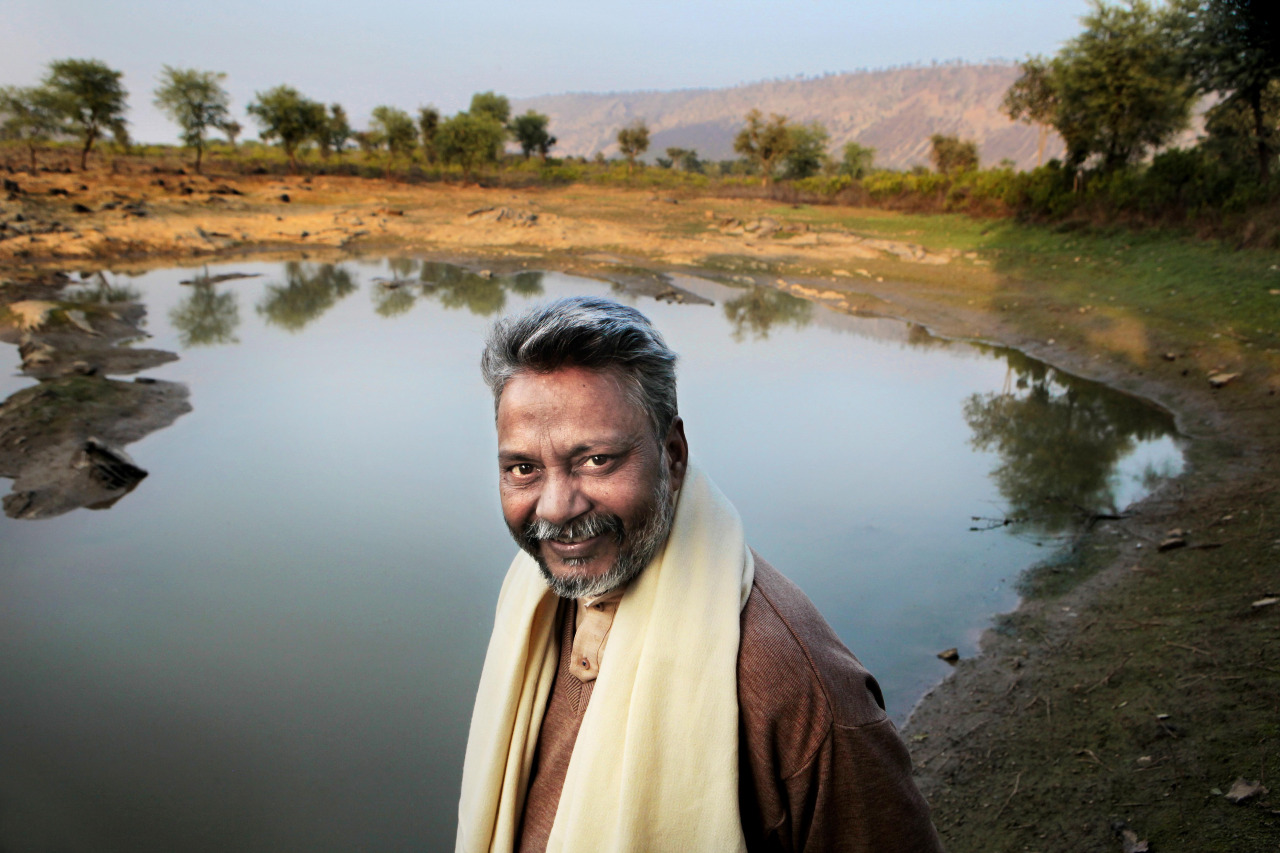 The rains had been evading Chennai for months now, but the water man of India is making his way to Chennai, thanks to the efforts of the members of Chennai Water Forum.

Dr. Rajendra Singh, better known as the water man of India, will be with us in Chennai this Saturday,27th May from 6.00 pm – 8.00 pm. He will be sharing his thoughts on how to tackle the drought in Tamil Nadu at Goethe-Institut, Rutland Gate 5th Street, Thousand Lights West, Thousand Lights, Chennai 600 006. The event is open to public and will have a first come first seated policy.

In an interactive session, Chennaites will get to hear from the expert himself on various water harvesting and water management techniques to solve the pressing problems of water crisis.

Dr.Singh has conducted many such sessions across the country spear-heading many water conservation and ground-water preservation projects successfully and now is Chennai’s chance to come together to restore the water security of our state.

Dr. Rajendra Singh is a well known water-conservationist whose indigenous water harvesting structures have transformed the barren landscape of Rajasthan into flourishing eco-systems and this has earned him the tag, “Water man of India”. His NGO, Tarun Bharat Sangh’ , fights the slow bureaucracy, mining lobby and has helped villagers take charge of water management in their semi-arid areas close to Thar Desert, through the use of rainwater storage tanks, check dams and other time-tested as well as path-breaking techniques.

Starting from a single village in 1985, over the years, TBS helped build over 8,600 rainwater storage tanks and other water conservation structures to collect rainwater for the drought seasons, has brought water back to over 1,000 villages and revived five rivers in Rajasthan, Arvari, Ruparel, Sarsa, Bhagani and Jahajwali.

He has won the Stockholm Water Prize, an award considered as “the Nobel Prize for water” in 2015.He has also won the Magsaysay Award and is in Guardian’s list of “50 people who could save the planet”.

Dr.Singh has turned-around the fate of many villages and parks, thereby helping many farmers. His NGO has, so far, extended its work to Madhya Pradesh, Haryana, Gujarat and Andhra Pradesh. He also conducts Walkathons, spreading awareness on water conservation and management.

This presentation is a continuance of the Chennai Water Forum. Goethe-Institut Chennai in cooperation with Asian College of Journalism, Confluence 10 and Kalakshetra Foundation and in association with several universities, colleges, NGOs and environmental initiatives harnessed the creative power of a cultural institution to serve as catalyst for dialogue, participation and change during the CHENNAI WATER FORUM during October 2016. With three days of workshops, discussions, presentations, exhibitions and concerts which – brought together 700 people from a cross-section of varied backgrounds as well as experts in water management; – created a new dialogue on water, urbanization and ecology – in Chennai and beyond – changed (partly) mindsets and imagination; – encouraged action: for a city with clean water and beautiful rivers!

So, Chennai, let’s do this one for our farmers and for our next generation! Let’s do our bit to make Tamil Nadu drought-free.