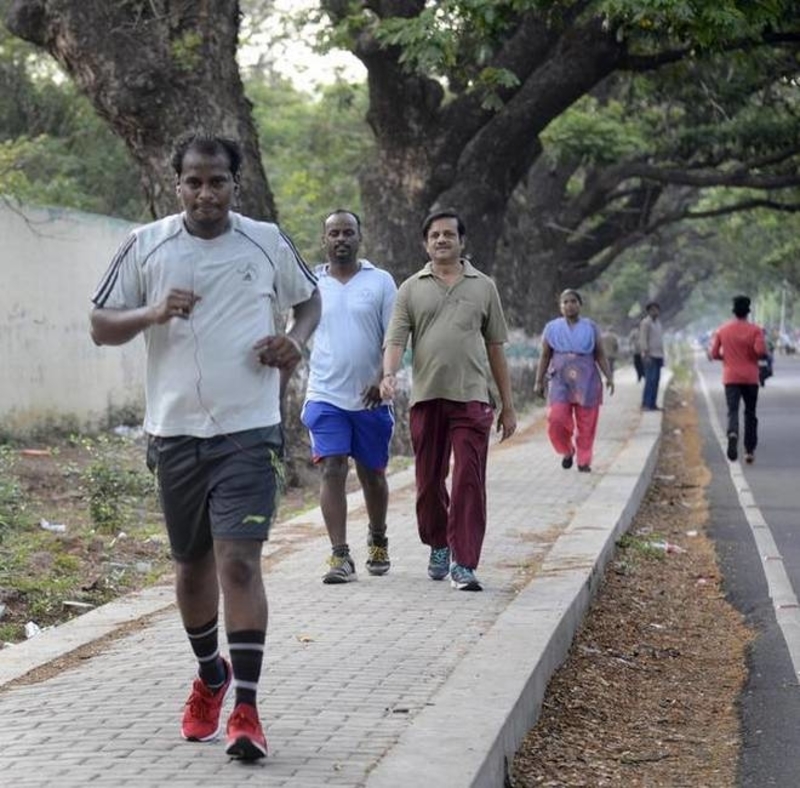 The fitness enthusiasts in Perambur are cheering the opening of newly laid pathway in Constable Road , now renamed Integral Saalai. Many people across various age categories are taking to the pathway jogging and walking from as early as 6 am every morning. The walkers are praising this initiative as the pavement has provided them with an option to walk carefree without the fear of being hit by vehicles.

The pathway is an initiative by Southern Railway and covers a stretch of 1.8 km and people are usually seen walking till the Loco Scheme Bridge. The new pavement has also attracted a handful of street vendors selling refreshments. It is lined with trees and has many sapling planted along the stretch.

The residents have also formed an association that interacts with the walkers on a regular basis, taking feedback. “One of the suggestions often heard among walkers is: placing benches on the pavements. The height of the pavement is one of the common complaints heard from senior citizens.” The Hindu reported.

Since it opened, this pathway is seeing a good raise in the number of walkers. Railway police and state police work together to ensure the safety of the walkers.