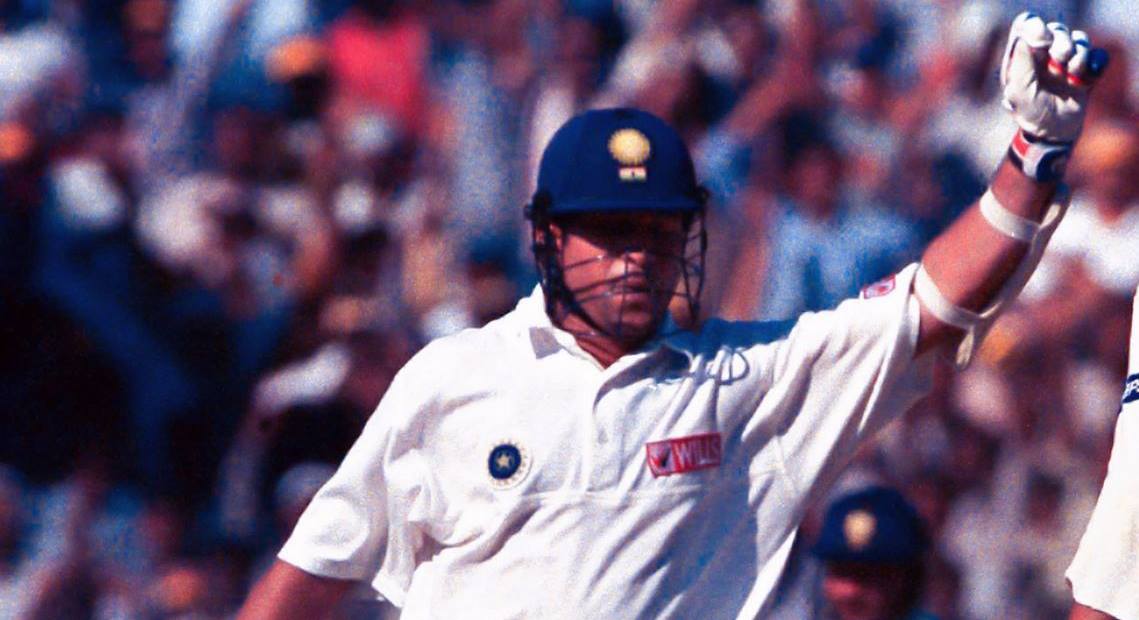 Every time India takes on Pakistan in a game of cricket, a billion hearts beat in unison. In a country where cricket is a religion, India vs Pakistan match is the most cherished festival – One we celebrate with mauka-maukas, hashtags, status updates, earth-shattering TRPs and a lot of drama!

More often than not, these games live up to the hype and deliver some exciting moments, both on and off the field, something, we cherish for the years to come.

As India and Pakistan is all set to face each other today in Edgbaston, My Chennai takes a trip down the memory lane to those games the two teams had fought it out in namma Chennai.

In the first of three ODIs that happened in Chepauk stadium, India would lose to Pakistan by 6 wickets. But, what Chennaiites would cherish for a long time is Dhoni’s remarkable century. Batting first, when India lost 5 wickets for just 29 runs, namma thala walked in and the rest of the Indian innings was CSK vs Pakistan. Dhoni built up a crucial 73 runs partnership with Raina and would later go on to score an unbeaten 113 runs with the support of Chennai lad, Ashwin.

Even though India lost the match, Dhoni was awarded Man-of-the-match honor for his extra-ordinary innings that day.

Very few test matches can claim to be as nail-biting as this first test match between India and Pakistan in the Pakistan tour of India,1999. The tension between the two countries was at a record high after competing nuclear tests and a lot more than the game of cricket was at stake. The first test was originally scheduled to happen in Delhi but was shifted to Chennai at the last moment as Ferozshah Kotla pitch was dug up and damaged by Shiv Sainiks protesting Pakistan’s India tour.

With the two arch enemies facing off for the first time after they became nuclear powers, Chennai became the focal point of the rest of the world and this was one match where both players and audiences lived up to the expectations.

In the last day of the match that saw swinging fortunes, India was fighting back with Sachin leading from the front and things were going India’s way. With master blaster scoring one of the best centuries of his career and a determined Mongia scoring a half century, it looked like victory was within India’s grasp. In a heart-breaking turn of events for India, the partnership was broken when India was just 68 runs shy of victory. A defiant Tendulkar carried on the battle but fell prey to a tricky doosra from Saqlain and was caught by Akram. The crowd honored one of the best innings in the history of test cricket with a thunderous applause.

Pakistan would later go on to win the match by 12 runs and what followed would give goosebumps to any fan of the game of cricket. The Pakistan team, moved and surprised by the appreciation and support received in Chennai, went on a victory lap and 45,000+ people that assembled in MA Chidambaram Stadium stood up and gave a standing ovation to the team that played better cricket that day.

“I have never seen a stronger statement in favor of sports than this”, said commentator, Harsha Bhogle and this incident would earn Chennai the well deserved reputation of “Most sporting crowd in the history of game of Cricket”.

It was Chennaiites love for the game of cricket and their sporting spirit that had shown brighter than Saeed Anwar’s record breaking knock in this sixth match of the Independence cup series. The one day match saw Saeed Anwar wreck havoc in Chepauk with a record score of 194 runs from 146 balls and India losing by 35 runs.

What was more surprising than Anwar’s record shattering batting was the way it was received by Chennai audience. At a time when political tension was running high between India and Pakistan, Chennaiites applauded Anwar’s great knock with poise and class that can be attributed only to a knowledgeable crowd.

As irony would have it, Anwar’s great innings came to an end at the hands of another master of the game, Tendulkar, who would later go on to break Anwar’s record.  When Ganguly dove to take the catch ending Anwar’s innings, the crowd rose in unison, giving the Pakistani legend a befitting farewell – a standing ovation!

Chennai hosted legends like Kapil Dev, Azharuddin, Imran Khan, Miandad and Gavaskar in this first test match of a 5 match series between India and Pakistan.The match happened at Chepauk Stadium and saw namma Chennai lad, K Srikkanth, score a century and later sharing the man of the match honor with the legendary Pakistan all rounder, Imran Khan. The test eventually ended in draw but presented Chennaiites with lot of cricketing moments to cherish.

In a test match that saw India win big by 10 wickets, Chennai had lots to cheer for, including a century by Gavaskar and a 84 run knock and 11 wicket haul by Kapil Dev. India later went on to win the series.

Chennai saw the 4th test match in this 5 match series happen at Corporation Stadium, Madras (Jawaharlal Nehru Stadium). The match that saw a strong batting from both the teams ended up in a draw.