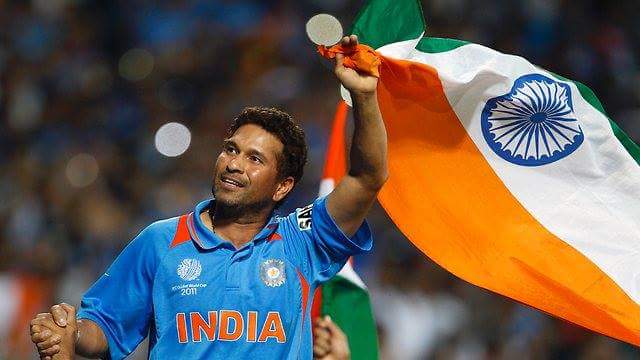 Chennai is all set to get its newest league. The city has proven its love for various sports over the years and is now the newest entrant into the Pro-Kabbadi league. Tamil Nadu, the land where Kabbadi originated, did not have a representation in the league in first 4 seasons.

The yet-to-be-named franchise would operate under Iquest Enterprises Pvt Ltd. And there is more to celebrate  for Chennaites than getting into yet another league. This time the god himself is padding up for the city. Yes, you heard it right! The cricketing icon Sachin Tendulkar is the co-owner of Chennai’s Kabbadi team along with entrepreneur N Prasad.

Here’s what the legend had to say about choosing Chennai franchise, “The reason we chose Chennai is pretty simple. I consider it one of the greatest sporting centres in the world, and a huge supporter of all sports. I played a lot of cricket and I admire the way they promote any sport. And kabaddi too has a huge following in this part of the country. I am sure the fans will support the team in a big way”.

The Pro-Kabaddi league which was founded in 2014 has seen huge success and currently has 8 teams competing every year for the coveted championship with Patna Pirates reigning on for the last 2 years. Apart from Chennai, 3 more teams, Ahmedabad, Lucknow & Haryana, have been newly added to the PKL for season 5.

The league is set to begin in coming months and we can’t wait to cheer for our raiders!