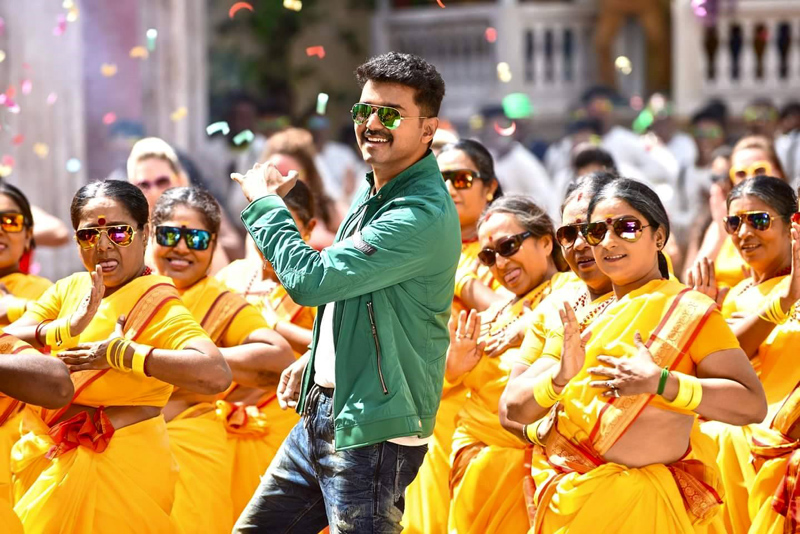 Not many songs will make you tap your feet like Kuthu songs do! We have the rhythm of Kuthu running in our veins and for us Chennaites, a weekend is not a weekend until we have danced to at least a few kuthu songs.

So, here is our pick of 5 kuthu tracks from recent times. We won’t be responsible if you’re forced to roll your tongue and tap your feet while you listen to these numbers. So, listen to them at your own risk! 😉

Ajith may not be known for his dance skills but when our thala does a dance number, he leaves us enthralled. In Aaluma Doluma he just re-affirms the fact that Kuthu is all about getting the attitude right!

Silambattam – Where Is The Party

No one better than Simbu to get the party started! The talented dancer can own a dance number and that’s exactly what he does here! As this song rightly says, when STR dances, the entire Tamil Nadu parties! Get that party started, we say!

Is there a song which Vijay can’t rock? We highly doubt it! There is not a song of Ilayathalapathi that we didn’t like. He nails this relatively slow-paced kuthu number and what adds to the charm is the beautiful Keerthi Suresh with her attitude and expressions.

Give it up for Siva Karthikeyan – because matching steps with Dhanush is no mean feat! A relatively new-comer at that time, Siva Karthikeyan has done this with much grace! But hey, who won our hearts is that akka who lits up the screen at 2.24.

Make way to the undisputed king of Kuthu dance!! That body, his expressions and to top it all with that attittude – we say, Dhanush is the tailor-made for Kuthu dancing and this song is tailor-made for Dhanush!