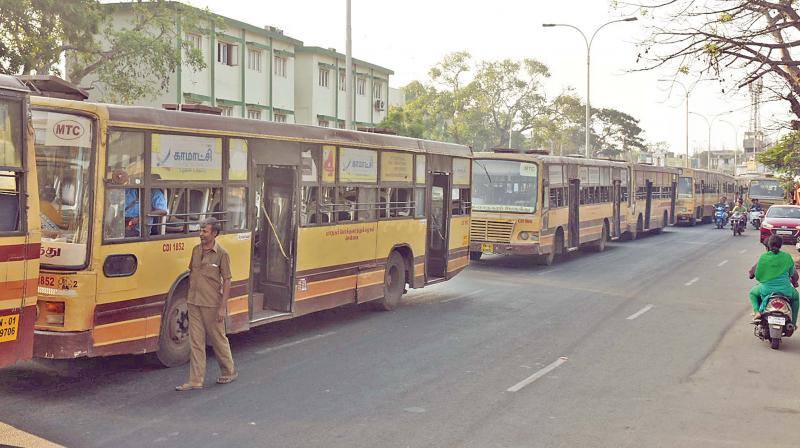 As per MTC official records, the 90 percent fare hike has done little to raise the revenue of Metropolitan Transport Corporation. The New Indian Express team has done a detailed study of MTC records and have reported an average per day collection of Rs 2.90 crores by MTC buses between February 1 and 18. The average collection before the price hike was Rs 2.60 crore per day, thus registering an increase in fare collection of just Rs 30 lakh a day, despite a 90% increase in fare hike.

There was a significant raise in the revenue in the first one week after the fare hike, with MTC making around Rs 4.2 Crores a day. However, the revenue started declining from February as more and more travellers started deserting MTC buses for trains and share autos.

“At least 13 lakh to 14 lakh commuters have migrated to other modes of transportation. Particularly, ticket collections from Tambaram, Ambattur, Chromepet, Pallavaram, Alandur, Guindy and Broadway depots have come down drastically,” The New Indian Express quoted official sources as saying.