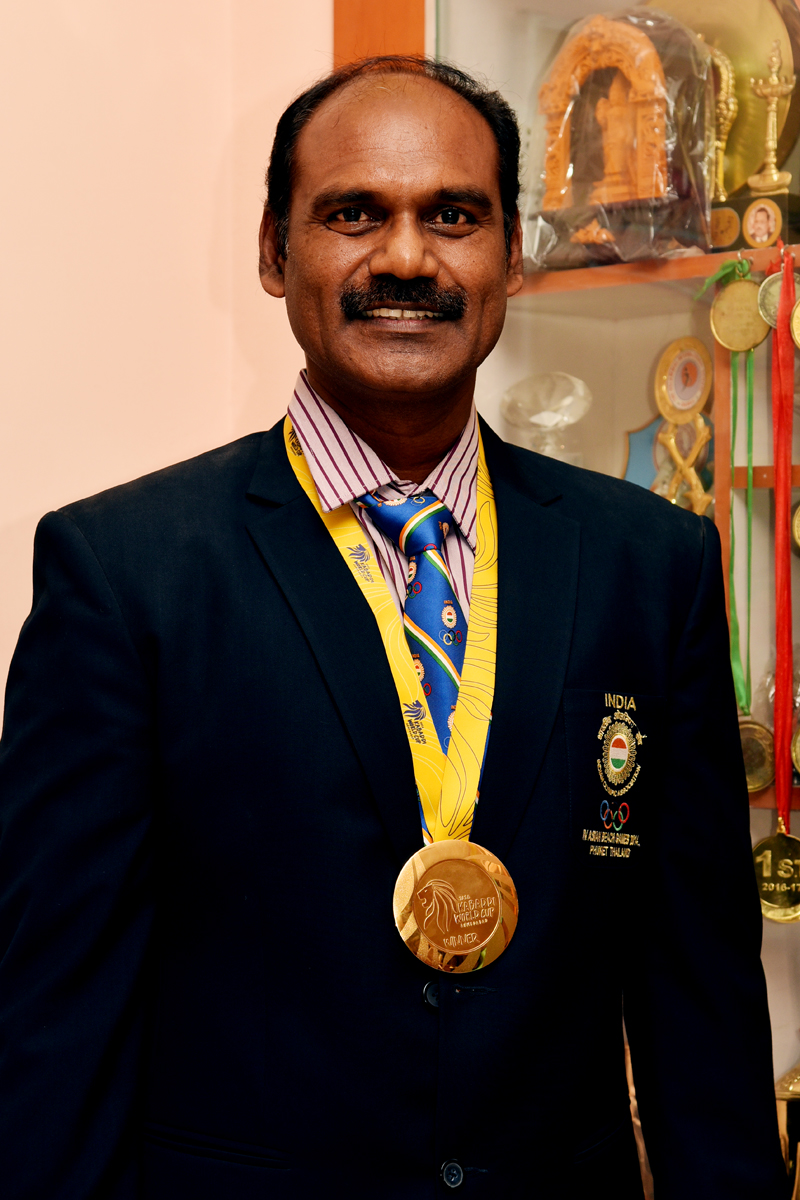 In what is considered a big scoop, Chennai’s yet-yo-be-named Pro-Kabaddi team ropes in K. Baskaran as its first coach. Kasinatha Baskaran hails from Thanjavur and comes with vast experience in the game of Kabaddi.

This former Indian Kabaddi team captain is also an Asian Gold Medalist in Kabaddi. He was coaching the India team for Junior Probables in Kabaddi in 2009. He received international attention during this period and was appointed as the Coach for Thailand National Kabaddi Team. In 2010, he coached the Malaysian National Kabaddi Team and was mainly associated with the preparation and selection process for the 2010 Asian Games. In 2014, he mentored the Indian Men’s Kabaddi team for the Beach Asian Games held in Thailand and the team, under his coaching, went on to win the bronze medal in that event.

K.Baskaran lead Jaipur Pink Panthers to victory in the inaugural season of Pro-Kabaddi League in 2014. He later went on to coach Indian Kabaddi team in the 2016 Kabaddi world cup and the team, under his mentor-ship won the world cup. He has been part of Pro-Kabaddi League for the last four years, 3 years with Jaipur Pink Panthers and 1 year with Puneri Paltan. Puneri Paltan, under his coaching, came third in the last season of PKL.

Chennai is the team to pick up maximum number of players in the recently concluded PKL auctions with a count of 25, out of which, 8 are from Tamil Nadu itself. “Our goal is to reach the play-offs in our very first outing”, an excited Baskaran was reported as saying.

Cricketing legend Sachin Tendulkar is the co-owner of Chennai’s PKL franchise. The team’s name and captain will be declared by next month!

We wish Chennai’s newest team and coach all good luck!