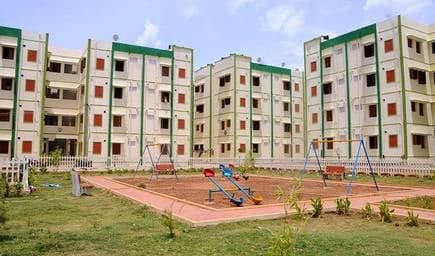 The Tamil Nadu Slum Clearance Board is  constructing tenements for over 1,000 slum dwellers, relocated as part of developmental projects, in North Chennai. The board expects to complete the construction in eight more months.

According to The Hindu, official data suggests that 480 tenements are being constructed in Nalla Thaneer Odai Kuppam also known as NTO Kuppam, 492 in Krishnakuppam and around 800 tenements in Vyasarpadi. These tenements will be high-rises constructed to accommodate people evacuated from various slums across the city for developmental projects. The tenements will have schools, health care and other facilities.

However, there are still concerns and complaints about the relocation. These include families losing their job because of the long distance and children having to travel long distances as the number of schools near the new tenements were insufficient to ad.it the huge population. Other concerns include lack of round the clock medical facilities, ration shops and water supply.