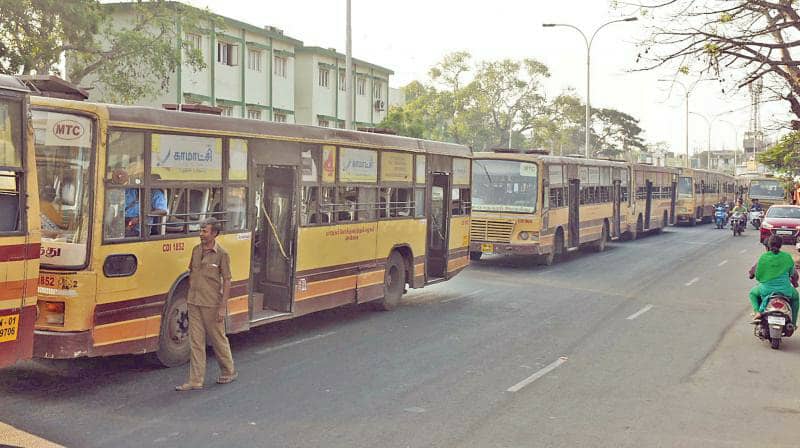 The Metropolitan Transport Corporation .(MTC) has taken a keen interest in reducing the number of road accidents caused by MTC drivers. The Safety and Training Wing of MTC  is driving this program by providing sustained training and awareness programmes to drivers and conductors which in turn has reduced the accident rate in the past year.

The safety and Training Wing of MTC is also entrusted with maintaining records of all accidents involving MTC drivers and carrying out an internal investigation. They have been providing various training programmes to drivers found to be at fault for various accidents and this has helped reducing the accident rate.

The total number of accidents involving MTC drivers so far this year has reduced to 485 as opposed to 1277 accidents last year this time. The safety wing conducts various programmes including yoga sessions and vision test for drivers above 40. Reward programmes are also in place to recognize drivers with no accident record. Drivers involved in fatal accidents will be given refresher training and monitored.

While the MTC is taking steps to bring down the accidents, they also want the traffic police to create a separate lane for two-wheelers, make pedestrians to use only zebra crossing and strictly implement helmet wearing by two-wheelers, The Hindu has reported a safety wing official as saying.