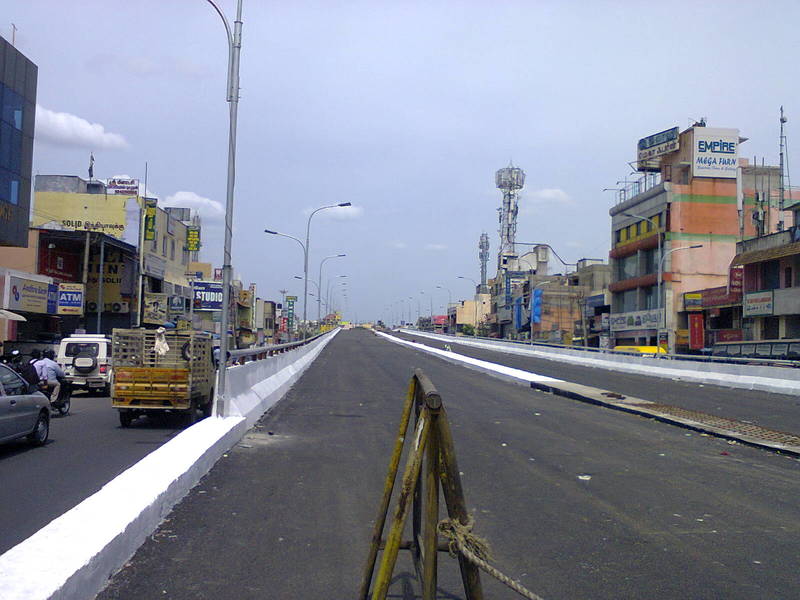 June 20, 2017 Divya VK
Motorists, on Monday evening, force opened the yet-to-be inaugurated Porur Flyover.
The traffic woes at Porur intersection were worsened by the heavy rain on Monday evening. The motorists, who were stuck in traffic longer than usual that evening because of the heavy evening showers, removed the barricades on either sides of Porur Flyover and started using it. The traffic eased out instantly. However, this relief was short-lived as the police came and put the barricades back.
On Tuesday, both the ends of flyover were strongly barricaded to prevent repeat of this incident.

The Porur flyover was proposed to ease the traffic woes of motorists at Porur junction way back in 2010 and  has been delayed for 7 years now. With the finishing touches of the flyover in place, there were news of its inauguration by beginning of June. Although, this hasn’t been the case and the commuters through this route are now fed up with the traffic jams. Their patience has reached the tipping point due to further delay in opening of the flyover waiting for a formal inauguration.
Featured Image Source: SkyscraperCity