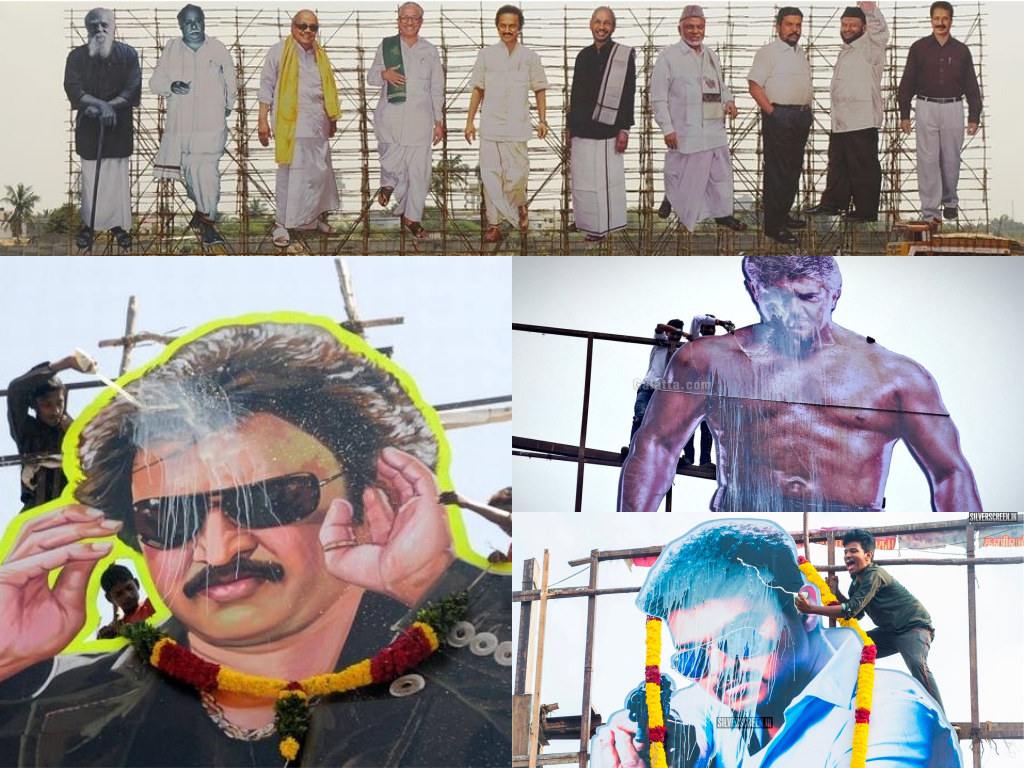 Madras High Court has issued an order banning the use of pictures of living persons in cutout banners and flex boards. The order was passed in response to a case filed by an Arumbakkam resident in Chennai. Madras HC passed the judgement in favour of the complainant who approached the court to help remove a signboard blocking the entrance to her property.The court has urged people to stop the display of unnecessary cutout banners, signboards, flex boards etc.

“In order to maintain a clean atmosphere in the state and to avoid unnecessary drawings on the walls of buildings/residential places, this court directs the chief secretary to ensure that the provisions of the Tamil Nadu Open Places (Prevention of Disfigurement) Act, 1959 is complied with. If at all any permission is given by the authority concerned for erecting banners, flex boards and signboards, they shall ensure that the photographs/pictures of such persons who are alive shall not be depicted on them. It is further directed to ensure that the photographs/pictures of the persons, who are sponsoring such banners, shall also not be depicted,” Justice S Vidyanathan said in his order.

Large banners and signboards featuring politicians and film stars is a common sight in Tamil Nadu. Although the ruling was passed by the HC in a political context, it is to be seen how this will impact the huge flex boards and banners of film stars erected during movie releases.