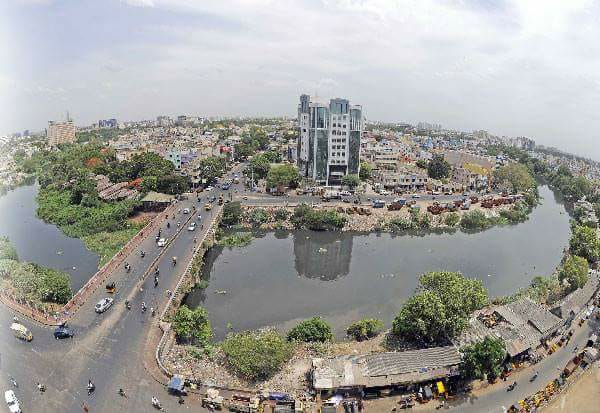 Tamil Nadu state government,along with Chennai corporation, will be starting the eviction drive of 1,267 families encroaching Cooum river banks following an order from Madras High Court. The evicted families will be rehabilitated at the alternate accommodation facilities built by Tamil Nadu Slum Clearance Board (TNSCB) at Perumbakkam and other places.

The order came as a result of the petition filed by two residents in Cooum banks with a plea to restrain the authorities from evicting them from slum area at Karunanidhi Nagar, now known as Thideer Nagar on Greams Road. While the judge ordered the eviction process to be carried out with immediate effect, Advocate General Vijay Narayan brought to notice the efforts government is putting behind making arrangements for encroachers’ children to be admitted to schools close to the places they would be relocated to.

The risk faced by the families inhabiting the banks of Cooum illegally in the event of flood and the health hazards faced by the encroachers due to unhygenic atmosphere prevailing in the slums near Cooum were some of the additional factors the court considered while passing the judgement.

The court has also issued a stern warning to those who get allotment of houses at alternative sites but continue to live in the banks of the river after sub-letting the TNSCB tenements. If anyone is found sub-letting the tenements offered by TNSCB and continue to encroach the river banks, they will be immediately evicted and the tenement would be alloted to another allottee.

The government and corporation officials would be performing surprise inspections at the sites of alternate accommodation facilities arranged by Slum Clearance Board to ensure allottee is residing there and haven’t sub-letted it to a third party.

“Every year in May, the allottees shall inform the Board about the details of the residents and the relationship with the allottees, failing which, action can be initiated to evict the allottees residing in the tenements. If the statement given by the allottee is found to be false, the allotment shall stand cancelled automatically,” the judge ordered.