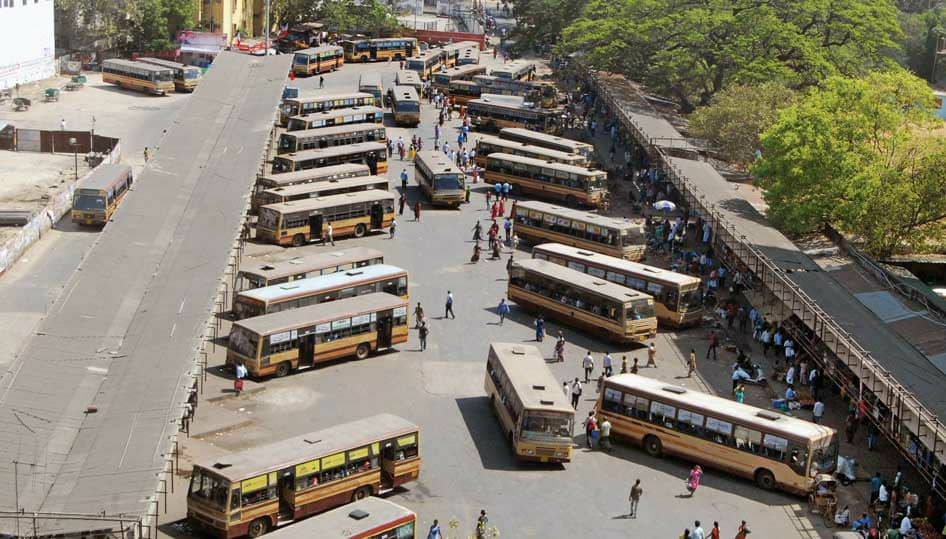 A new integrated bus terminus, where passengers can board both state owned buses and omni buses under one roof, is planned to be set up on GST road at Kilambakkam. Chennai Metropolitan Development Authority (CMDA) has modelled this new terminus after Chennai Airport where flyers can take both private airlines and Air India flights.

The new terminus will have access restrictions for visitors. Just like the airports, the entry of visitors would be confined to a designated area where they can see off commuters. Only passengers will have access to bus bays and there will also be luggage screening facilities.

The satellite bus terminals at Madhavaram and Kilambakkam were announced to decongest the Koyambedu bus terminal. Madhavaram will have North bound buses originating from the terminus while Kilambakkam will house the buses plying to southern districts.

The new terminus at Kilambakkam, housing both government and privately owned buses, is expected to have 2,200 state owned buses and 500 omni buses operating from the facility.