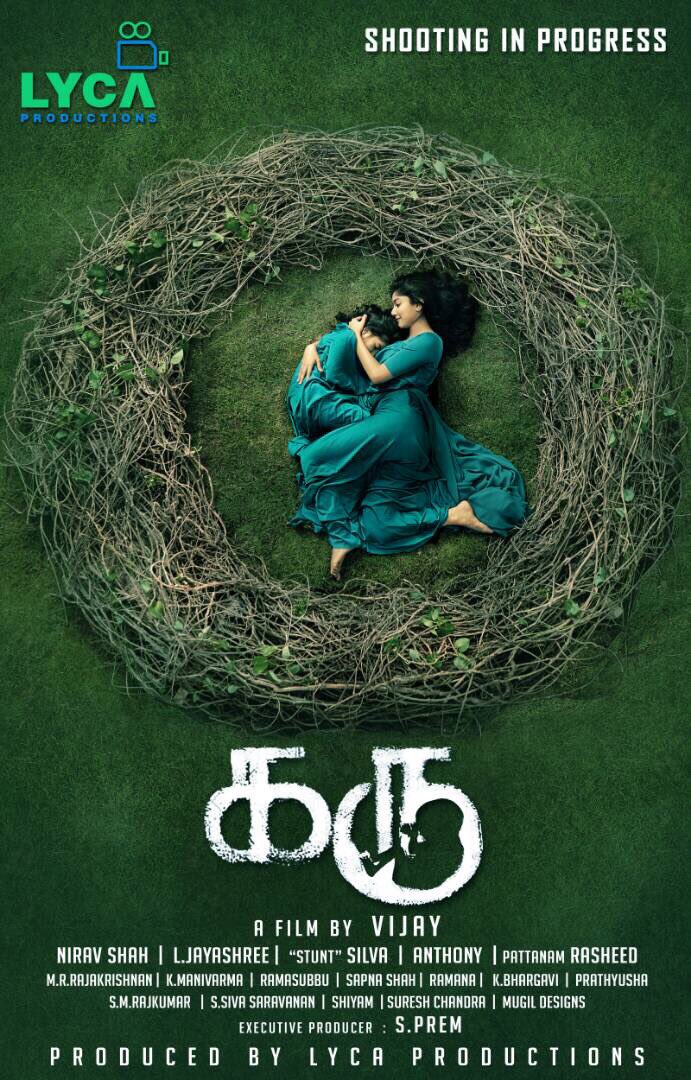 The wait is finally over for Malar fans. Sai Pallavi’s latest and her first Tamil movie Karu’s poster was launched today by non other than Prabhudeva. The ace dancer took to Twitter to share the first look of the movie.

Karu is directed by A.L. Vijay and produced under the banner of Lyca productions. The director had earlier prioritized the shooting of Karu over the remake of Malayalam movie, Charlie, with R.Madhavan.

Karu’s first poster is beautiful and has Sai Pallavi clad in blue, hugging a child. The movie’s hero Naga Shaurya is conspicuously missing in the poster. The poster has got people hooked and we can’t wait to watch the Premam actress in his first Tamil movie. Karu is a horror film and Vijay’s last horror outing, featuring Prabhudeva, Tamannah and Sonu Sood, was appreciated by the audiences and fared decently in box-office.

Sai Pallavi shot to fame post the release of her first Malayalam movie, Premam, directed by Alphonse Putharen. The movie had Nivin Pauly as the hero and Sai Pallavi’s girl next door look won her a huge fan-following. Coincidentally, Pauly, who was also embraced by Tamil audiences post his movies like Neram and Premam, is all set to do his second Tamil film. Nivin’s new movie, Richie, is being directed by debutant Prabhu Radhakrishnan.

We wish both the actors all good luck!