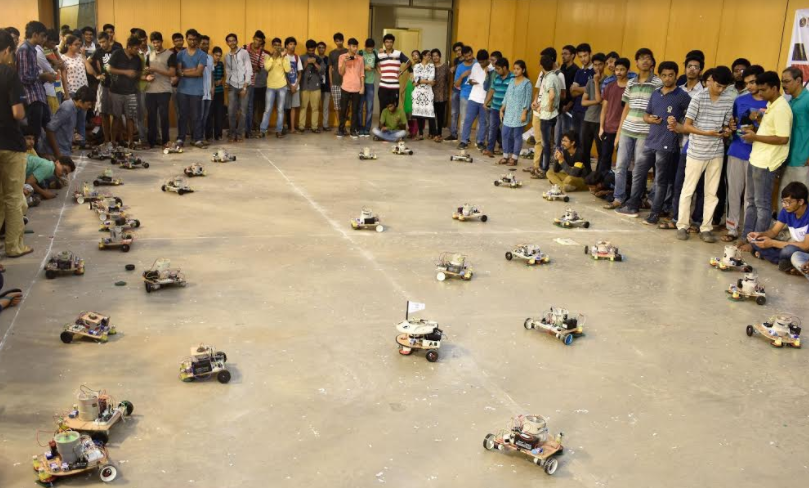 IIT Madras students have yet again made the city proud and this time it was by setting an Asian and Indian record for operating the largest number of robots to clean an area. The students built 45 robots which were put to work simultaneously to clean for over 15 minutes.

The record was set at the CFI workshop at IIT Madras on Sunday. The workshop was attended by over 270 students from various engineering disciplines and the robots cleaned over 750 sq ft area.

The robots were equipped with high rpm motors at the centre and scrub pads on sides to direct the dust into the central suction mechanism that collected the dust by a filter in the vacuum tunnel.The students built an android app to control the robots thru Bluetooth.

Certificates were awarded to the students. The final certification would come later after the officials have reviewed the exercise.