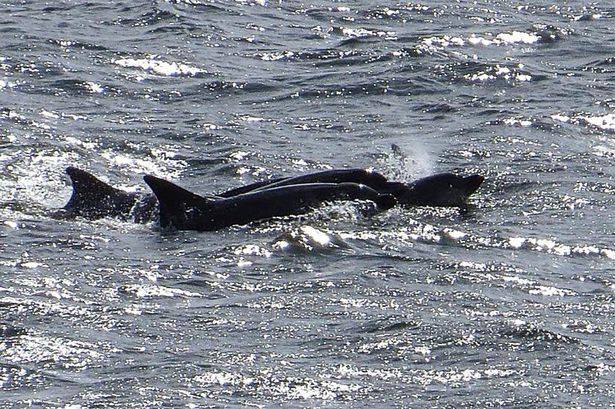 A group of Indo-Pacific dolphins were spotted off the coast near Neelankarai Kuppam on Thursday morning. Members of the Tree Foundation’s Sea Turtle Protection Force were the first to report dolphin spotting on Thursday.

The dolphins were spotted holding something above water and this was later identified as the body of a dolphin calf. .“Animals such as dolphins and chimpanzees are known to mourn the dead, as humans do. As each dolphin took turns to support the calf’s body, the others kept circling around them,” Ms. Supraja Dharini, chairperson of Tree Foundation told The Hindu. Ms.Dharini was part of the group that spotted the dolphins on Thursday.

Indo-Pacific dolphins are usually spotted off the Neelankarai coast between January and April and June and July. Every dolphin has a unique dorsal fin and that is how they are identified and recorded.