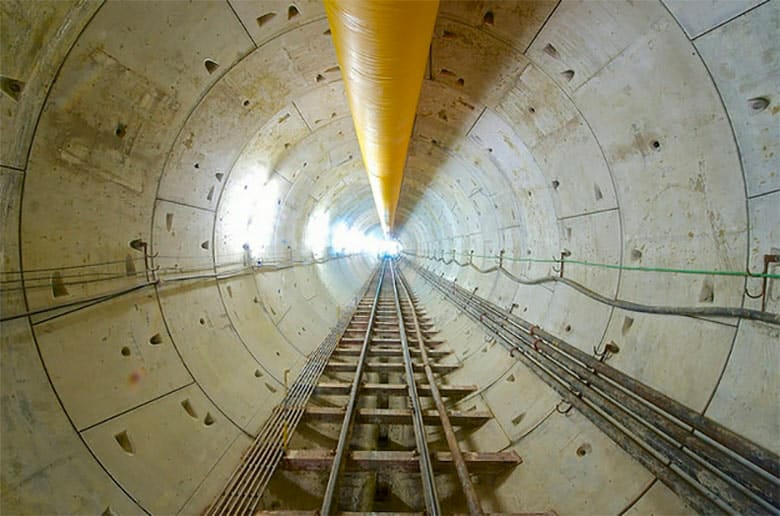 As Saidapet Underground Metro station gets ready to be opened in March 2018, Chennai is all set to get its first and only curved metro station. The station has been designed as a ‘curved’ structure to prevent the flooding of the Anna Salai road. The station is built with 6 metre high-flood walls on either side of the tunnels connecting to a ramp across the Adyar river. This will help prevent flooding in case the Adyar river overflows.

The Metro station which is being readied for trial runs by December-end, will act both as barrier, protecting Anna Salai road from getting flooded by Adyar river, and as a transit point. The tracks and station are receiving finishing touches and is expected to be ready for trial runs within 10 days, as per the CMRL officials.

The trial run will have a four-car metro train running from AG-DMS to Saidapet and across the ramp towards Little Mount. The official inspections to get approvals for opening the line will begin post trial run. The seven-kilometre AG-DMS-Saidapet line will connect Anna Salai to the airport.

Apart from a 600sqm parking space, officials have told TOI that there was land available to build bays for buses to enter and exit the station similar to the Chennai Central railway station.