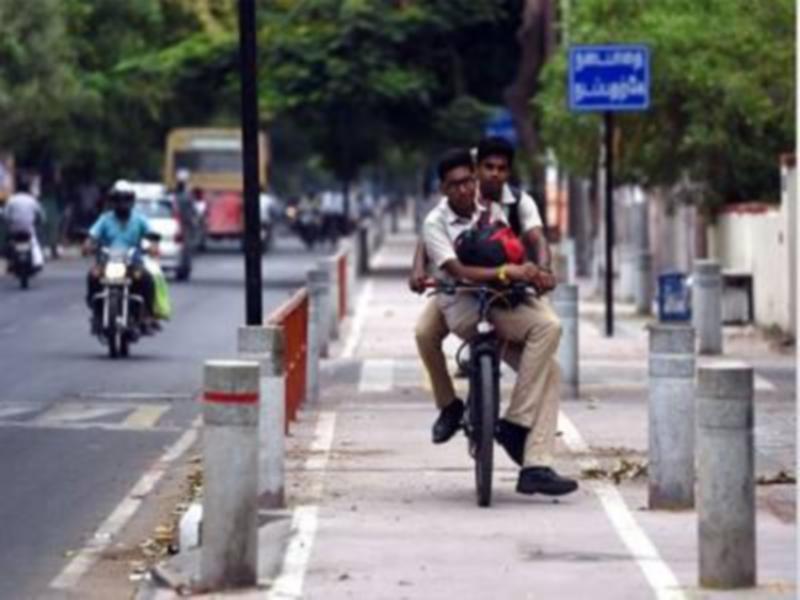 As the schools reopened, Chennai City Corporation had a surprise gift for the city kids – a dedicated cycle track free of encroachments.

The 3.8 km cycle track running through P.T.Rajan salai, Lakshmanswamy Salai and Ramaswamy Salai in KK Nagar, is Chennai’s first cycle track. The track was completed earlier this year, but was not put to use as it was occupied by eateries and illegally parked vehicles.

On Tuesday, many students were seen using the new cycle track to commute to school. Parents were reported to express relief as the new track is safer for kids and the kids were happy about the commute time being reduced considerably by the dedicated cycle track.

Chennai traffic police cracked down on the vehicles illegally parked in the cycle track and towed away more than 100 vehicles. The city corporation, along with traffic police, plan on raising awareness of using the dedicated cycle track, among students.

KK Nagar and Anna Nagar were the two neighborhoods considered for the city’s first cycle track project as both these places have wider roads and houses many educational institutions. However, KK Nagar was chosen over Anna Nagar, due to the ongoing Metro work at the latter location.