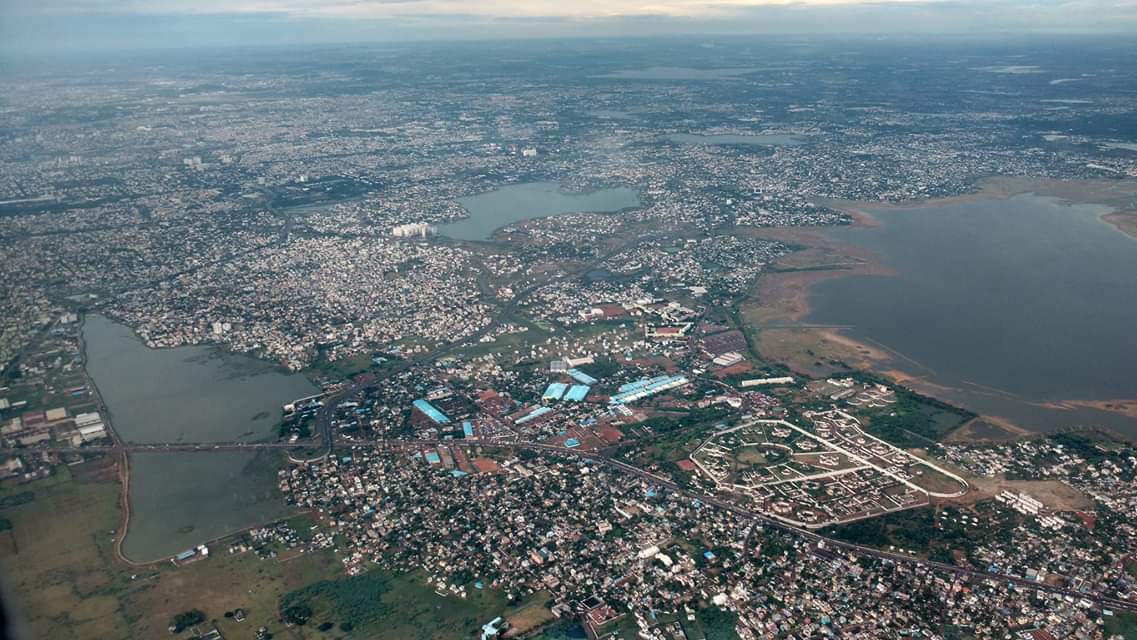 Tamil Nadu’s ongoing water crisis has become a major cause of concern and the government has taken steps to alleviate urgent requirements by launching water conservation initiatives. Chennai citizens have also launched initiatives of their own to tackle the water shortage plaguing the city.

Reservoir restoration projects are in full swing with some initiatives purely citizen led. Other initiatives have roped in NGOs or have requested the civic administration for help. The resourceful usage of whatsapp has played a major role in organizing and coordinating these initiatives. Keen citizens and apolitical groups like the Ambattur Water Bodies Conservation Group have taken up the spade to spearhead reservoir restoration projects. What earlier would be flat, nondescript plots of lands have now become multi leveled, monsoon ready reservoirs complete with bunds built around them to keep pollutants at bay.
The process of clearing a land identified as a potential reservoir is meticulous with volunteers and machines working together in tandem. JCB machines have been deployed to scoop the earth to deepen the tanks. Before the JCB machine takes over, work begins by hand with volunteers painstakingly digging out garbage and waste from near these almost dry water bodies. After the clearing of the garbage, the machine then scoops up earth using it to build a bund that rims the tank thus securing the area from contamination.
Elsewhere, other reservoirs are taking shape from under heaps of garbage and discarded plastic cleared by the rising number of citizens concerned about the water crisis in the city. At some dried water body areas, the garbage accumulated has grown to such an extent that trucks are being used to clear the areas that couldn’t be cleared manually.
For other citizens concerned about the crisis and who want to do their part, Jyoti Sharma, founder and president of Force, an NGO working in the area of water conservation states that conservation can begin at the household level. “We have a five ‘R’s formula: Reduce wastage, reuse used water, recharge groundwater, respect water and recycle waste water. Except the last of these, every household can adopt these practices,” she said.