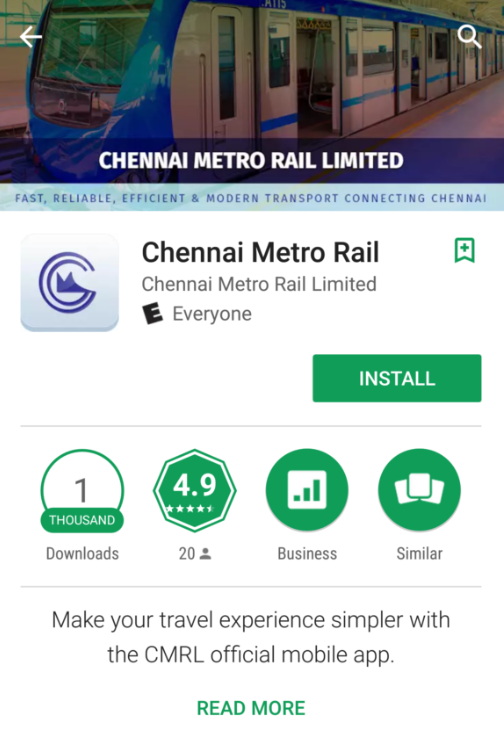 The app contains extensive information on everything about Chennai metro, from route information to feeder services. The app has each station assigned a color based on its metro operation – blue line is for elevated stations and green line for underground

Here’s the list of information the app will contain :

If this is not all, Chennai Metro has more plans to further enhance the app. Here is a glimpse of what is to come :