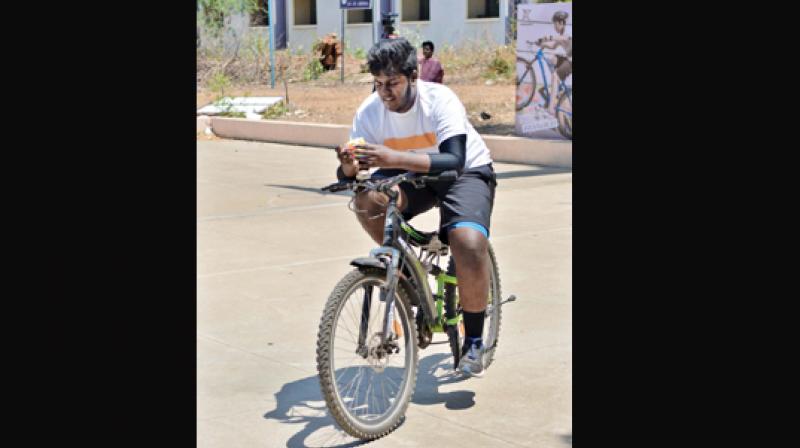 while cycling. The seventeen year old has beaten the existing Guinness record of 751 cubes solved in seven hours, two minutes. Arumugam attained this feat this Sunday and broke the record of Sreevatesh Rajkumar, which was set in 2016.
Passionate about cycling and solving cubes, Arumugam combined both and started practicing six months back for three hours every day. The Guinness record holder has just passed his class XII examinations and aims to create more records.
“My inspiration was Bhargav Narasimhan, who set the first Guinness record from India in this category. I applied for Guinness Records in May last year but my application was rejected. Only after three months, when I reapplied, it was accepted,” Deccan Chronicle reported Arumugam as saying.
Motivated by the acceptance of his application, he pushed himself, managing his studies and practice daily. An aspiring engineer, Arumugam, had the support of both his parents and friends while he prepared himself to achieve this feat. Having added a Guinness record to his name, Arumugam is not done yet. The young man now aims to make India proud by breaking new records in solving Rubik’s cube.
News and featured Image Source: Deccan Chronicle