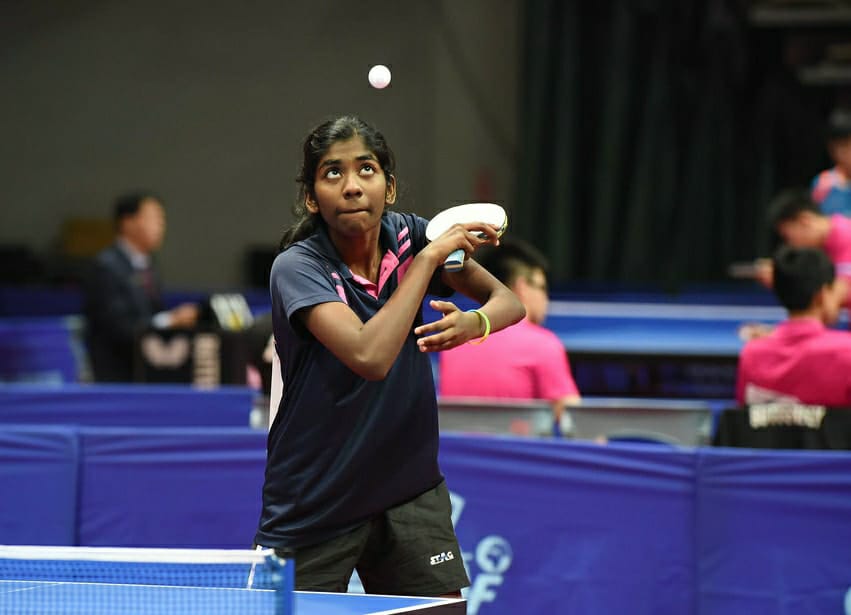 Chennai girl Selena Deepthi Selvakumar has made the city proud yet again when she made it to World No. 3 ranking in Table Tennis World Junior Circuit. The announcement was made on Wednesday by International Table Tennis Federation (ITTF). Selena, who was ranked no 6, moved 3 positions up to reach the current ranking at world no 3.

The 17-year-old Chennai girl had accumulated 1250 points by beating top seeded Egypt  ‘A’ team to win the title this October.Other two junior Indian paddlers – Archana Girish Kamath of Karnataka and Tamil Nadu’s Yashini Sivashankar are ranked at No. 16 and No. 21 respectively.

Selena is among the top-16 players who have been invited to participate in the ITTF World Junior Circuit finals, scheduled to be held in Luxemburg from February 2 to 4 next year.
” It’s a great feeling. I have been playing well and worked pretty hard on my technique. I am grateful to the coach and all the people who have supported me. I have to maintain my form to hold on to my place. I have more responsibility now and I am pretty confident that my performance will gradually improve,” Selena had told Times of India