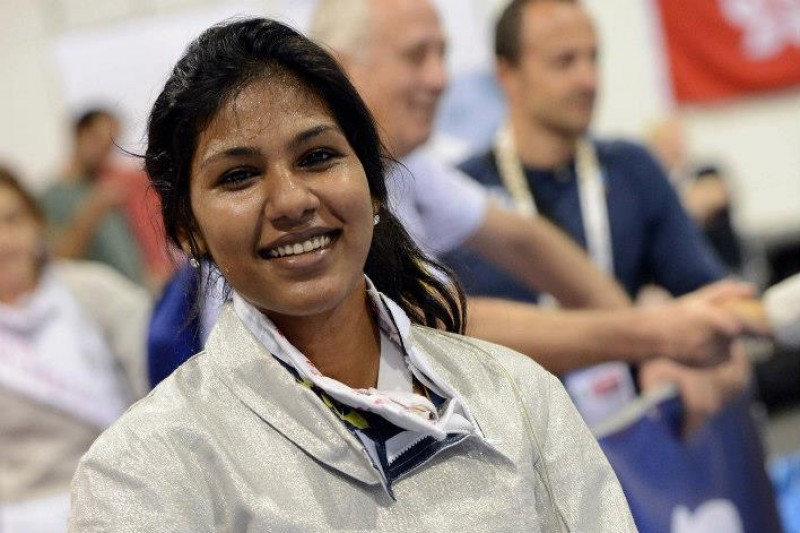 In the sabre event of the Turnoi Satellite Fencing Championship finals, she defeated Great Britain’s Sarah Jane Hampson 15-13 to become the first Indian to win a gold medal in an International Fencing event.

Bhavani has earlier won medals for India in Commonwealth and Asian championships. Following her success in 2014 Commonwealth Championship, then chief minister of Tamil Nadu, Jayalalitha, had honored her with Rs.3 Lakhs as financial aid for her training in the US.

However, Bhavani still continues to battle odds to progress in his sporting career. Having taken up a sport which is not well known in India, she neither has a dedicated training facility nor a regular coach. It often takes traveling to other countries for training and that’s something Bhavani cannot afford. There is a gofundme account set up to raise money for her training expenses after she had narrowly missed getting selected to last Olympics.

Bhavani is India’s prospective candidate for fencing in 2020 Olympics. We wish her all luck and hope she becomes the first Indian woman to win an Olympic gold! We also hope we could do our bit to support this great talent in all ways we can.