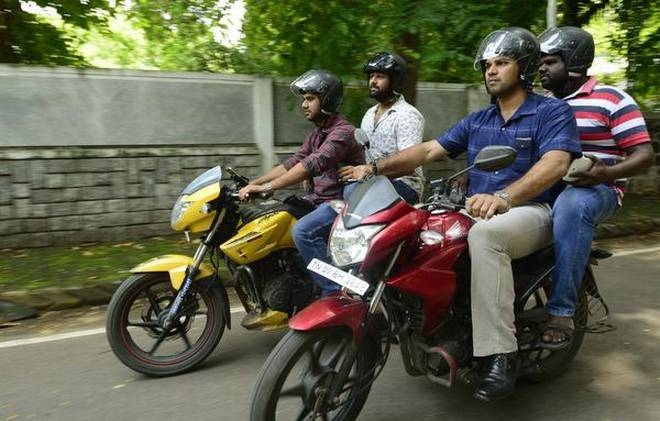 Chennai is seeing a raise in commuters resorting to bike taxis. The bike taxis cater to single riders who do not wish to avail a cab or an autorickshaw. The bike-taxis are a cheaper and quicker alternative compared to their four-wheeler counterparts. They could wade through the traffic faster than cabs and can take the commuters to their destination quicker.

There are many startups in Chennai providing bike-taxis. Ma Ula, a bike taxi company run by K. Balaji and Mohammed Gaddaffi has 11 bike taxis with four pick-up points and the commuters need to inform just an hour and a half in advance. They charge Rs.10 per km. This provides livelihood for the differently-abled and they are able to make about 8-10 rides a day, The Hindu reported Mr. Gaddafi as saying.

Uber has launched its bike sharing app uberMOTO in Hyderabad and is now keen to enter Chennai too. 70% of the vehicles in Chennai are two-wheelers and nearly 1,500 get added every day, Arjun Srinivasan from Uber-Chennai was reported as saying.