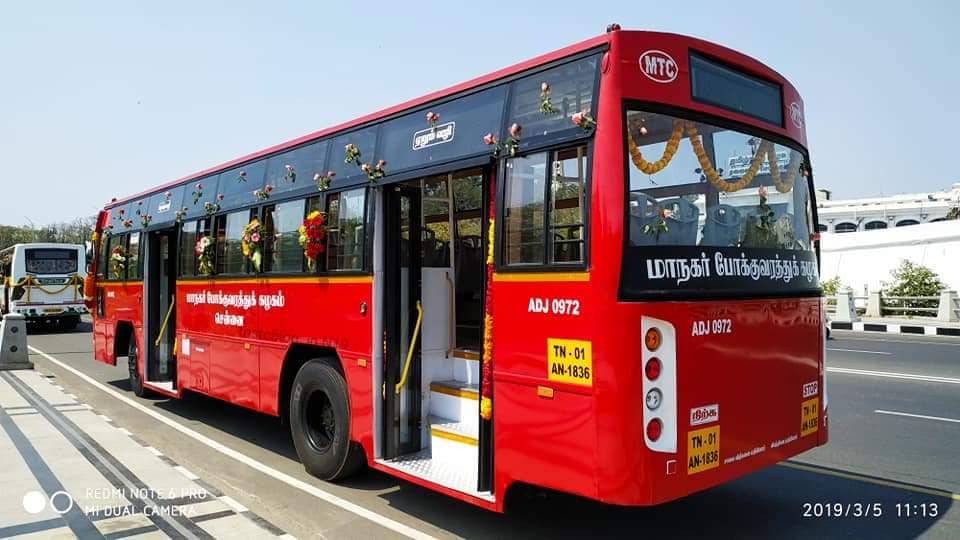 It is a known fact that even with a robust local transportation network in Chennai, travellers often face issues in commuting to far off places. This is mostly because they will have to do a break-journey by getting at one bus stop and switching between buses to reach their destination.

While there are direct buses to farther routes like Guduvanchery and Chengalpattu, there are only a few towards the Porur route. To stop such inconvenience, the Metropolitan Transportation Corporation (MTC) is working to come up with alternative bus routes that will enable seamless travel for many passengers.

The city has seen a constant hustle-bustle before COVID, and there is no doubt so many people used to depend on public transport. While 33 lakh people used to travel every day in MTC buses, the numbers have now dropped to 19 lakh a day. Also while previously close to 1.4 lakh bus passes were issued, only around 50,000 are getting issued now. The drop in numbers is owed to shut schools, colleges, and IT parks as the new ‘work from home’ and ‘study from home’ have come into practice.

Also, many people are avoiding public transport owing to social distancing. Senior transport officials said they have begun identifying routes where the bus frequency is lesser, or none but the demand is high. These will be identified and marked to create new bus routes. Of these, significant routes are from Poonamallee to Walajabad through ORR. This will help people connect to places like Oragadam and Padapai. A workaround is also done for both ORR and the Inner Ring Road.

The smaller routes inside the city are also under study to find and chart a better bus frequency to places with more demand. With train frequencies being reduced, it only makes it fairer to have better bus frequency for those heavily dependent on public transport. Other major routes under consideration are Thiruvalluar to Broadway, Broadway to Avadi, Avadi to Tambaram, and T Nagar to Mamallapuram. The demand and frequency in these routes are good, encouraging more people to buy Rs 1000 passes.