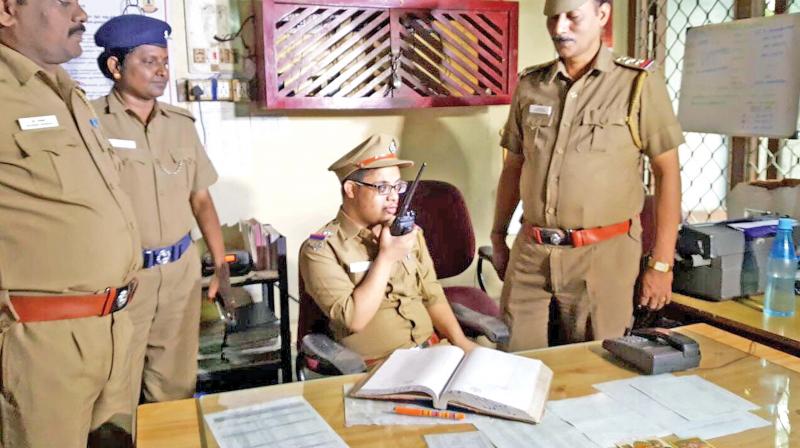 In a heartwarming gesture by Chennai City Police, 19 year old Steven Mathew with Down’s Syndrome had his dream fulfilled when he got to be a cop for a day. Steven Mathew, son of Rajeev and Ciby Mathew from Doha, couldn’t contain his excitement and happiness when he walked into the police station clad in police uniform stitched specially for the occasion.

A huge fan of Vijay, Steven grew up watching his favorite star in police uniform and have always dreamed of becoming a cop himself. It was this dream that came true last Friday when he walked in to the police station in uniform and the cops saluted him. He also went on rounds in the police patrol vehicle around Ashok Nagar along with other cops. A visibly elated Steven even took a few calls and used the police walkie-talkie.

Mr. Mathew, Steven’s dad, had written to police commissioner A.K. Vishwanathan 10 days ago stating his son’s wish. Police men from Chennai City police got back in touch with Mr.Mathew last week and visited Steven on Wednesday to take his measurements. By Friday, they had the uniform ready with two stars stitched to it.

Despite his condition, with right guidance and support from his family, Steven holds a diploma in Computer Applications. Commissioner A.K Viswanathan and Chennai City Police planned the day for the young man as a source of encouragement.